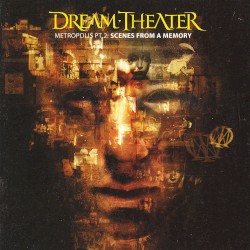 Their follow up to Falling Into Infinity. It is a concept album, where the whole CD is one large story split up into two acts and twelve scenes. It is the story about the characters introduced back in 1992 on Images and Words, with the song "Metropolis Part I". It is a murder mystery that unfolds as the album progresses.